Edward Thorp was a mathematics genius, author, and college professor who started a revolution in Las Vegas as well as on Wall Street, through his card-counting techniques. Dr. Thorp has been called “the father of card counting” and “the father of quantitative trading.” His methods caused turmoil in some of the largest casinos in Las Vegas. He truly changed the game forever.

Essentially inventing card counting, Thorp’s techniques led him to gamble with such players as Warren Buffett and Rudy Giuliani. He proved false the premise that “the house always wins,” which was previously thought impossible. Born during the Great Depression, he progressed in his career from a college professor, to gambler, and then Wall Street—where he became an experienced hedge-fund manager. Edward Thorp’s background and experience in mathematics led him to become known as one of the best hedge-fund managers in the world.

In 1962, Edward published his first book (and later published a bio), which became a New York Times Bestseller. The book has proved to stand the test of time and been used by two generations of gamblers. As an author, Thorp outlines a formula that players can use to determine their betting spreads through plugging ratios into the equation, and can be understood and memorized by even inexperienced players.

In his book Beat the Dealer, A Winning Strategy for the Game of Twenty One,  he showcased The Ten Count System, a gambling system based on mathematics. It was the first blackjack book to prove through mathematics that card counting could be used to overcome the house advantage. The research and strategies Thorp outlines in his book are fairly easy to read, and it’s been called the ‘Bible of Blackjack.’ The book describes what the gambling experience was like in Las Vegas during the early 60s, and MIT teams who used Edward O. Thorp’s strategies went onto become famous in movies and books. 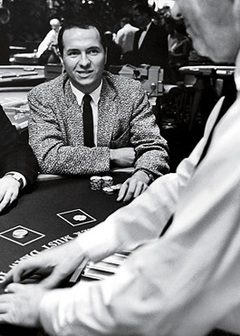 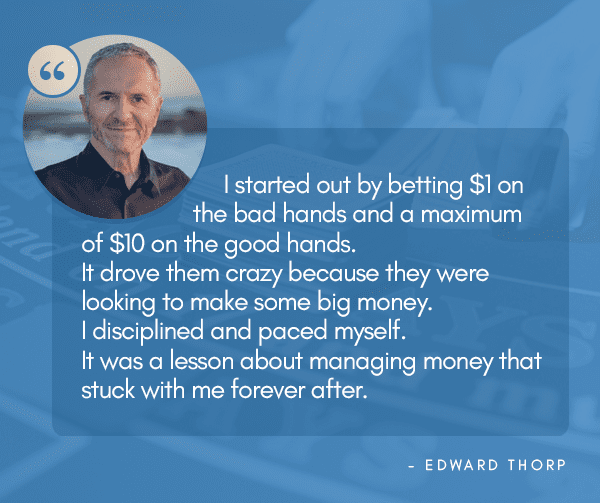 Even though Thorp is an experienced Mathematics professor from M.I.T his book is written in a way that is accessible to the general public. He balances theory with real-life casino scenarios, keeping readers engaged in learning more. The book outlines the evolution of the game of 21, and readers learn how and why blackjack rules have changed over the last 50 years.

Dr. Edward Thorp had this to say about his book Beat the Dealer,

“The publication of this book [method] is a rare event in the world of gambling because it presents one of the few betting systems ever discovered that really works. It is the only system for betting on horse races which has enough scientific analysis to persuade me that it is valid… It took two good scientists, Professor William Ziemba [Dr. Z] and his student Donald Hausch [now a PhD], to back up these ideas with solid analysis… Bill Ziemba is an expert in operations research and portfolio management and in the theory and practical applications of gambling… His main area of expertise, operations research, is concerned with the application of mathematics to the real world.”

During his tenure at Massachusetts Institute of Technology, (MIT) as a math Professor Thorp would take weekend trips to Las Vegas with a friend and colleague Claude Shannon, and his wife Betty. Mr. Shannon was an engineer and mathematician that also enjoyed playing blackjack and roulette.

The advantage-play computer (now illegal in the majority of casinos) was invented by the two men in 1961. Testing and perfecting his card counting system in casinos (funded by an underground organization), Dr. Thorp wrote his book, and his system was brought to fruition.

All card counting systems since have utilized his concept.

Thorp and Shannon tested the wearable computer during the summer of 1961 in Las Vegas. They experienced consistent predictions with their findings in the lab, a gain of 44%. There was, however, a minor problem in the hardware which leads to a slowdown of further betting.

In June of 1961, Edward Thorp left M.I.T for an “attractive offer,” and this change in employment lead to challenges—due to working with each other over long distances.

This slowed down progress on the project. However, in 1966, Thorp publicly announced their roulette system, as he felt confident that it was clear they were not going to “exploit it.”

Thorp had great admiration for Shannon, and he wrote the following about him in an abstract, The Invention of the First Wearable Computer. 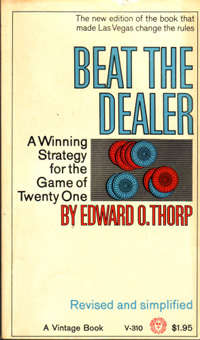 “Shannon seemed to think with “ideas” more than with words or formulas. A new problem was like a sculptor’s block of stone and Shannon’s ideas chiseled away the obstacles until an approximate solution emerged like an image, which he proceeded to refine as desired with more ideas. It was Shannon’s remarkable mind that impressed me most.”

“Mine come from sitting and thinking, academic journals, general and financial reading, networking, and discussions with other people. In each of our three examples, the market was inefficient, and the inefficiency or miss pricing tended to diminish somewhat, but gradually over many years. Competition tends to drive down returns, so continuous research and development are advisable.”

He is also the author of A Man for All Markets: From Las Vegas to Wall Street, How I Beat the Dealer and the Market, a biography that outlines the progression of his career and his success in both Las Vegas and on Wall Street. His bio is a classic, that is full of wisdom that carries over to the present day.

Through his proficient knowledge of probability and statistics, he was able to distinguish pricing irregularities within the securities market. In an article written by Edward O. Thorp, A Perspective on Quantitative Finance: Models for Beating the Market, he shares where his ideas come from.

In the mathematical community, the thought of a gambling system to beat casinos based on math was inconceivable.

While Dr. Edward Thorp’s theory gained approval from his peers—casino owners felt otherwise. Las Vegas casinos were wary of the effect Edward O. Thorp’s book would have, so they switched up some basic rules of the game of blackjack to bring hindrance.

Players nixed this right away and boycotted it until the original rules were brought back; casinos and players compromised with four-deck blackjack instead of single-deck blackjack.
In addition to the hundreds of articles and columns, he has written, other books authored by Edward Thorp.

Some Books by Edward O. Thorp

The Gambling Times Guide to Blackjack (co-authored with Stanley Roberts)

Elementary Probability and The Mathematics of Gambling 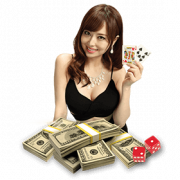